Famous Branded T-Shirt Campaigns & Why They Are Effective

T-shirts are the most universally loved clothing. Regardless of your gender, there is no clothing that gives as much comfort as a good ol’ t-shirt does. They never go out of fashion and can be paired with almost everything and anything to achieve the desired look. T-shirts also make for great promotional marketing products as they are relatively easier and quicker to design and produce and have a long shelf-life to keep your brand in the spotlight for the longest time possible. While most major brands have invested in branded t-shirts as part of their promotional marketing campaigns, a few managed to take their campaign to the next level with their innovative ideas. Here are some famous branded t-shirt campaigns that were loved and appreciated by all:

The famous soft drinks giant put a branded t-shirt giveaway machine at three railway stations in London and asked people to tweet using the hashtag #ChooseHappiness, following which they would dispense a t-shirt along with a free coke. It was a clever way of encouraging more engagement on their digital platforms and also got more people to endorse their brand by wearing their t-shirts.

One of the most popular branded t-shirt marketing campaigns, the I Love New York t-shirts, were developed by the New York State Department of Economic Development to encourage more tourism to the city and state. The campaign was so successful that it is impossible to go to souvenir shops in any major city of the world today without finding t-shirts with local variations of the original idea.

During the 2015 Rugby World Cup, England’s Rugby team launched a campaign called “Wear the Rose,” which centred around hanging 50,000 t-shirts with a red rose printed on them, on a clothesline across the country. They also encouraged fans to do the same, who then stood a chance to win one of the t-shirts. The campaign was hugely successful in creating a positive buzz around the tournament and the team, especially on social media, even though England went on to get eliminated from the competition.

In order to spread the word about their new plans, MailChimp decided to give away 1000 free branded t-shirts to their social media followers. The t-shirts were given away in batches, with people being encouraged to follow MailChimp to find out when a new batch would be available. This managed to generate more interest and curiosity about their new plans and helped them convert their loyal followers into brand ambassadors. They managed to give away 100 t-shirts in a matter of minutes!

Do you want to write a success story for your brand? Then branded t-shirts are the way forward! Our expert designers and brand specialists at Dread can provide the right guidance on using branded t-shirts to drive your promotional marketing campaign. We provide the best quality promo clothing services in Milton Keynes and are your go-to company for everything related to branded or promotional t-shirts. Get in touch to find out more. 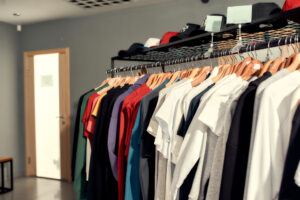 Promotional Clothing – The Best Way to Get Your Brand Message Across

We all like wearing t-shirts and jackets with the logo of our favourite brand on them. It is why both big and small brands spend… 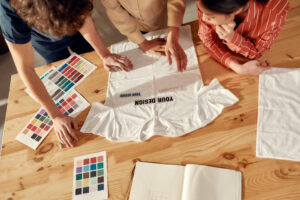 How to Choose the Best Promotional Clothing for your Campaign

It is always amazing to watch people use promotional products with your brand name on them. Particularly true in the case of promotional clothing. After… 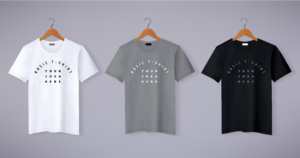 Running a business and devising an effective marketing strategy for it is no cakewalk. Searching for the right means to promote your brand without overspending… 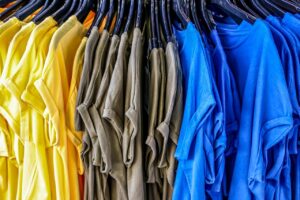 Establishing a powerful brand identity can go a long way in helping you reach the right audience at the right time. For those who need…

You can add any HTML here (admin -> Theme Options -> E-Commerce -> Promo Popup). We suggest you create a static block and put it here using shortcode